IMS AT A GLANCE
IMS Group

Summary of the Event-The event was based on independent cinema and prominent personalities of the industry came to the campus to enlighten the students. It was a hybrid event (both online and offline). The esteemed guests and our honourable Director Dr. Ajay Kumar paid tribute to Goddess Saraswati before the event started. Also a token of gratitude was presented by Director to guests. It was a big event and the guests were both national and international. Mr Amit R Agarwal, a multi award winning filmmaker was first invited to the stage. He enlightened the students with his vast knowledge and told the students that independent cinema is a slow journey, but you will get there if you work smartly. Next on the stage was Miss Takshima Seth, who is an actress/model/pageant winner/physiotherapist. She told the students that skill is necessary for cinema, and network in such a way that people love to talk to you. After this the trailer of Honey Kapoor’s film, YoLo, was unveiled. It is Asia Africa’s first Mental Health Awareness Feature Film. After this the guests on the zoom platform were invited to address the audience. Miss TanuVidyarthi, an award winning actress, told the students to remain passionate and chase their dreams. Henrietta Szentes, an actress working primarily in London, talked about her journey and stressed about the importance of networking. Elyre Ross cautioned women about the sexual harassment one might face in the industry. Laila Pannda, an actress and producer, told the students that if they have potential, one should not fear the outcomes. After the enlightening words of wisdom by the dear guests, a question and answer session was held in which students queries was solved in a graceful manner by Mr Amit R Agarwal. After the Question and Answer session, vote of thanks was proposed by Professor Sandhya Sharma. It was a successful event and the auditorium was full with students thoroughly enjoying the event. 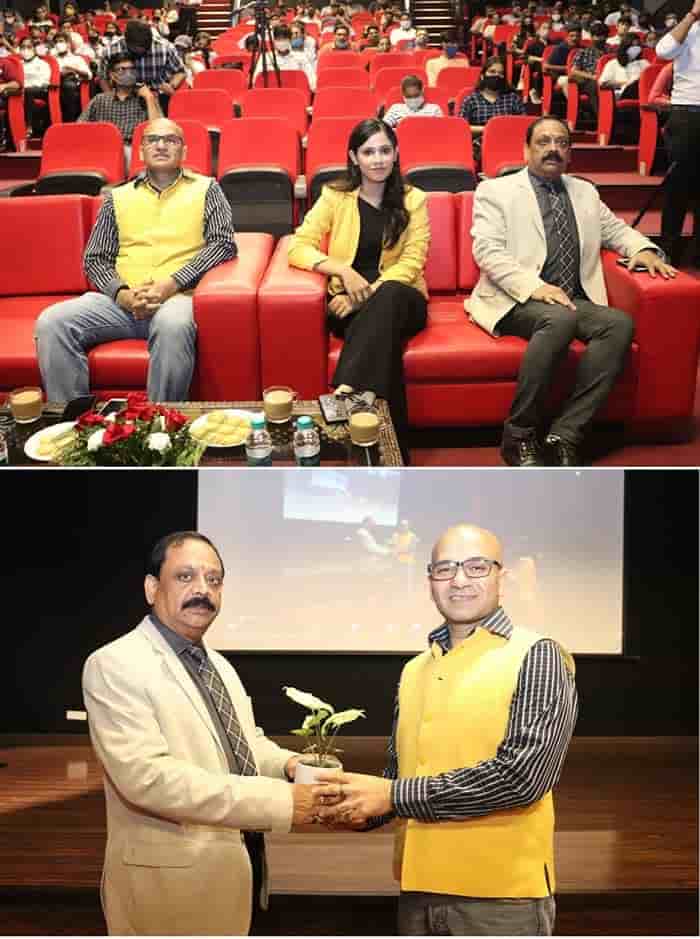