?Walk on the path of enlightenment, and spread the word of spiritualism everywhere you go shown by Guru?

Guru RavidasJayanti honors the birthday of Guru Ravidas and this festival is celebrated with extreme joviality in North India, preferably in the Indian state of Punjab. Guru Ravidas or BhagatRavidas was a renowned saint, who was renowned for his contribution to the Bhakti movement.

The session began with the welcoming of the faculty members and giving insights on the topic. Furthermore, the anchorwelcomed, Prof (Dr) Ajay Kumar, Director, IMSUC, and requested him to provide the gathering with his deliberation.

Dr. Ajay?s manifested signs of happiness by seeing an enthusiastic gathering present in the celebration. He deliberated on the teachings of the Indian mystic poet-saint, Ravidas. He further stated that it is of extreme significance for those who entrust in the ideology and beliefs of the Ravidas religion, to gain knowledge of the life path of Saint Ravidas.In his message hailing the poet and saint, he also said Guru Ravidas dedicated his life to eliminating evil practices such as casteism and untouchability. And every individual should imbibe his spirit in every step of their life.

At the end of his speech, he said that Guru Ravidas dedicated his whole life to the abolition of the caste system and openly despised the notion of a Brahminical society. His devotional songs made an instant impact on the Bhakti Movement and around 41 of his poems were included in ?Guru Granth Sahib?, the religious text of the Sikhs.

At last, he informed that life journey and teachings of guru Ravidas should be significant for every human being. Everybody enjoyed and learned a lot from the session.

With the help of a dedicated team of faculty, the event was executed with precision bringing glory to each one associated with the program. DrShilpiSarna, (Professor, IMS School of Management) proposed vote of thanks wherein she thanked director sir Prof (Dr) Ajay Kuamr for his unconditional guidance and support, faculty members, staff members, and IT team for making the eventsuccessful. 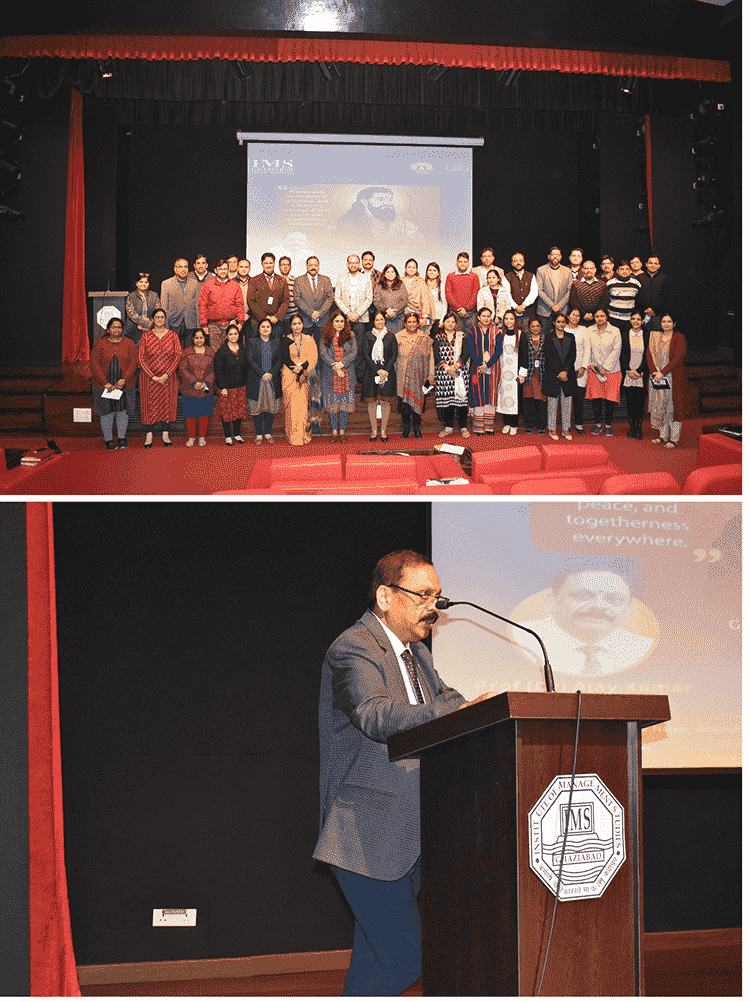